Welcome to the 11th issue of the Broker’s Beat. This week, we go into some new developments in the space (Bermuda ETF) and some tried-and-true patterns that are playing out in the mining area.

Read on for more price analysis, mining insight, and news about liquidity in the markets.

Bitcoin IRA™: A New Wave of Investors Are Buying Crypto And Gold

“Bitcoin’s price increase has largely been driven by increased trading activity and its critical “halving” event earlier this year where its inflation rate was automatically cut in half, thus increasing its scarcity to that similar of gold. Ethereum and many of the alternative cryptos are seeing dramatically higher usage of their networks due to increased demand and a new decentralized finance trend, known as “DeFi.” This is where users can quickly borrow and lend digital money for more favorable rates by bypassing traditional banks.”

Are we dumb? Financial illiterates ‘twice as likely to own crypto’

The World of DeFi: How to Earn the Highest Yields in the DApps World

“In the decentralized finance (DeFi) world, your loan is issued by a self-executing smart contract program called a DApp. DeFi DApps operate similar to the financial services apps you download from Android or IOS. Loans, payment services, trading and investment, insurance — there’s a DApp for that!”

“Foundry is looking to invest over $100 million into the mining system in North America. It’s owned by a larger company in New York City and they’re expanding it here in the Flower City.

“We picked Rochester, one of the reasons is because of the tech talent here. We’ve got amazing universities, we’ve got amazing talent and it’s a great place to live so it’s like, ‘why not build a business here in Rochester?’” Coyler said.”

Can you feel it? The tension is rising. Looking at the chart of the last 6 weeks below, there’s a feeling of increasing the possibility of a big swing.

Bitcoin has twice dipped into the oversold territory in the last week, yet still lingers around the $10,400 mark. Our prediction last week of a swing in the price didn’t play out, but we aren’t done with it yet. 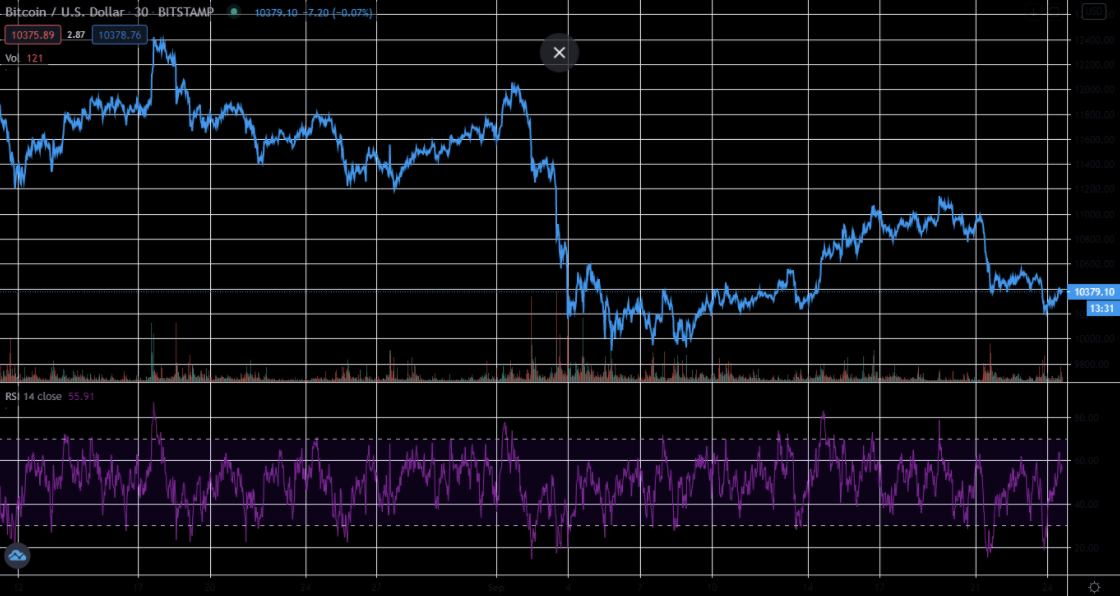 Putting all this in the global perspective of COVID and the US election, right now feels like the deep breath before the plunge. We’ve seen pundits pull for Bitcoin to go in either direction after the election, and even right now, there are just as many people saying it’s going on a nosedive as are saying it’s going to the moon.

Which means our prediction stands. We see the continuing chaos causing a general malaise in the market that will be followed by a swing in either direction.

As we mentioned last week, we are now going to provide intermittent updates on the overall hash rate distribution, and instead focus on individual miners.

This week, we’ll quickly talk about the top mining pool: F2Pool. This is a geographically distributed company that has a market share of 16.59%.

Viewed as a juggernaut in the space, F2Pool made news in May when they were the pool to mine the halving block. They inserted a headline very similar to the one that Satoshi had inserted in the initial block, which earned them a lot of positive attention.

F2Pool also supports the mining of 40 other cryptocurrencies and is known as the largest mining pool in the world.

In other news, Venezuela has just legalized crypto mining in their country. They currently represent less than 1% of the total hash rate, but it’s still important to be aware of the global sentiment towards mining.

Last week, we talked about the new all-time high of 136.6 TH/s that Bitcoin’s hash rate had just hit. We also mentioned how the network difficulty would likely follow and adjust to an all-time high in the coming week.

This did indeed happen. As the below 3-year chart shows, the network difficulty is at a new high now. 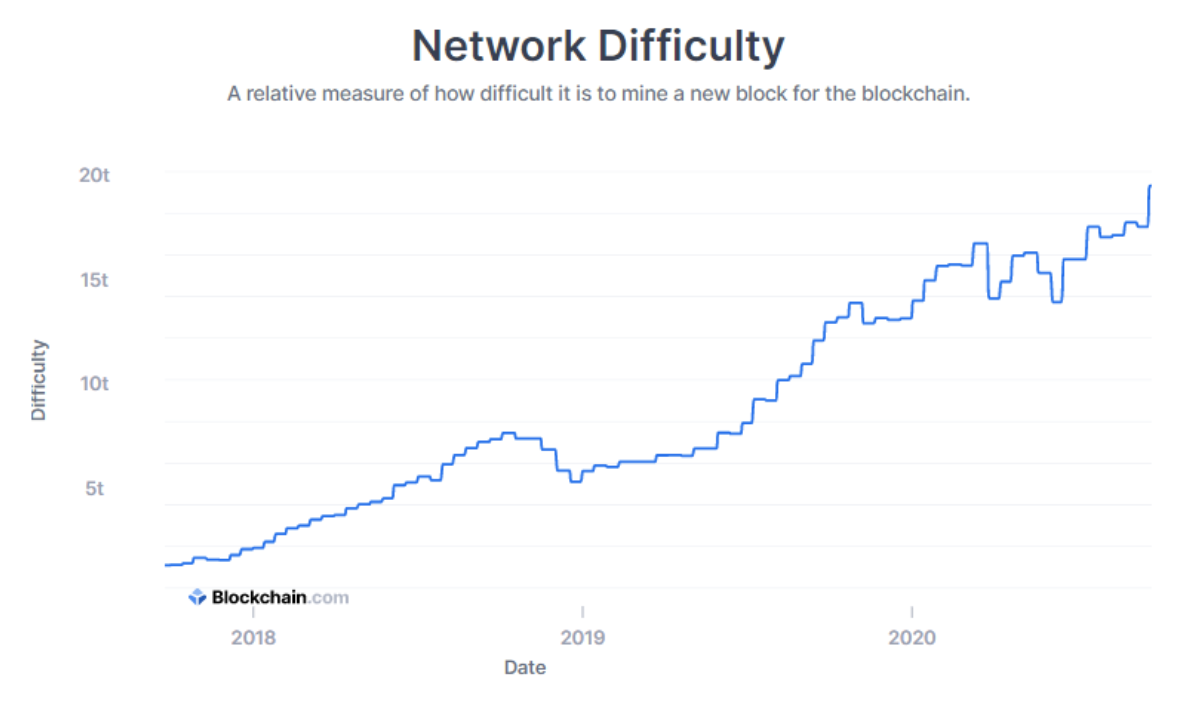 As a result, the hash rate has corrected down a bit, but we expect to see more flirtations with all-time highs as the weeks go on. Miner revenue is stable (or as stable as can be in a burgeoning industry), and several dynamics are at play that we will dissect some more in the future. 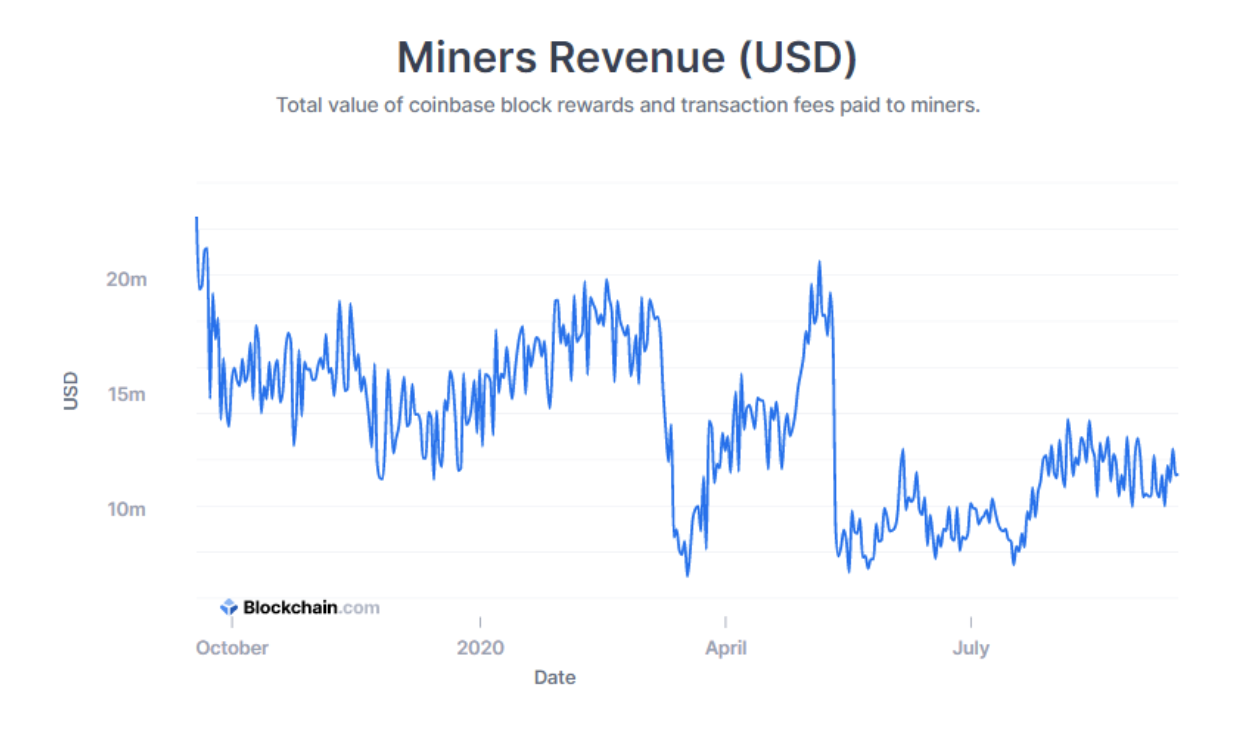 Liquidity and trading are downstream of regulations and regulatory decisions, which is why we spend so much time talking about things like Kraken’s approval to be an SPDI bank in Wyoming

This week, we have news from down south in Bermuda. They have approved the listing of a Bitcoin ETF on the Bermuda Stock Exchange.

No one has been able to make meaningful inroads in getting a Bitcoin ETF going in the U.S., which is what makes this so notable. Plus, with the inefficiencies being exposed regarding the insane premium on Grayscale’s fund, it’s clear that more balance is needed in the space.

Another point of note is that after MicroStrategy’s massive crypto purchase, it is starting to become clear that several institutions are waiting around to pick up Bitcoin on dips. This is a non-committal way to enter the space and not expose themselves to as much liability. Fund managers are generally very risk-averse with their reputation, and this is making for a good entrance for them.

That concludes this week’s Broker’s Beat. In case you missed it, last week we released a comprehensive piece on Digital Asset Custody Solutions that we co-wrote with Alpha Sigma Capital.

You can read the report here.

PrevPreviousWith DeFi Dominating The Headlines, Whats Going On With Bitcoin?
NextNew Price Level… What’s Next: Broker’s Beat Volume #12Next
We use cookies on our website to give you the most relevant experience by remembering your preferences and repeat visits. By clicking “Accept All”, you consent to the use of ALL the cookies. However, you may visit "Cookie Settings" to provide a controlled consent.
Cookie SettingsAccept All
Manage consent