PayPal is the Next Brick in the Wall: Broker’s Beat Volume #15

Welcome to the 15th issue of the Broker’s Beat. This week, we talk about the next piece of highly positive news regarding Bitcoin and the network’s liquidity. It’s exciting stuff and plays into a lot of big things we see happening in the future.

Back at $13K: Bitcoin Unfazed by Profit Takers After Rise to 2020 High

“ ‘2020 is fast becoming the year of crypto acceptance and we see 2021 as the year of mainstream adoption,’ Constantin Kogan, managing director at Wave Financial Group, told CoinDesk in an email.”

“The New York-based company said that accredited Investors who purchase shares in the trust can now sell them after a mandatory six-month holding period instead of the previous 12-month lock-in period.”

“In a series of tweets on Oct.12, Garlinghouse said: ‘The lack of a single national regulatory framework is putting U.S. innovation and U.S. companies at a significant disadvantage. All we’re asking for is a level playing field – if we need to move to another country to get that, then that’s the path we will have to take.’ ”

“The city council’s chairman Alexander Pestryakov has been actively courting mining interests since 2019, the media outlet added. As cooling expenses are almost non-existent and electricity costs are low, in the past the only barrier to mining ventures was poor internet connectivity.”

$13k! This is a big deal, but it’s an even bigger deal in the context of what’s going on in the world.

PayPal just announced that they would be providing crypto transaction services, and the world is taking this as the next big cue for mainstream adoption.

What has been special about the last few weeks is that we’ve gotten a drip-feed of news that is positive for Bitcoin. Emotionally, this creates a greater feeling of stability to this sentiment. It may seem strange to analyze the emotional state of the zeitgeist but the technical analysis will only take us so far here.

On a longer scale, we need to look at the momentum Bitcoin has. And right now, it has a ton of long-term momentum. That will naturally attract long-term investors.

The short-term analysis may show a rockier road, but as you can see in the below technical analysis, there are lots of positive signals to observe. And Bitcoin has somewhat of a parabolic performance. 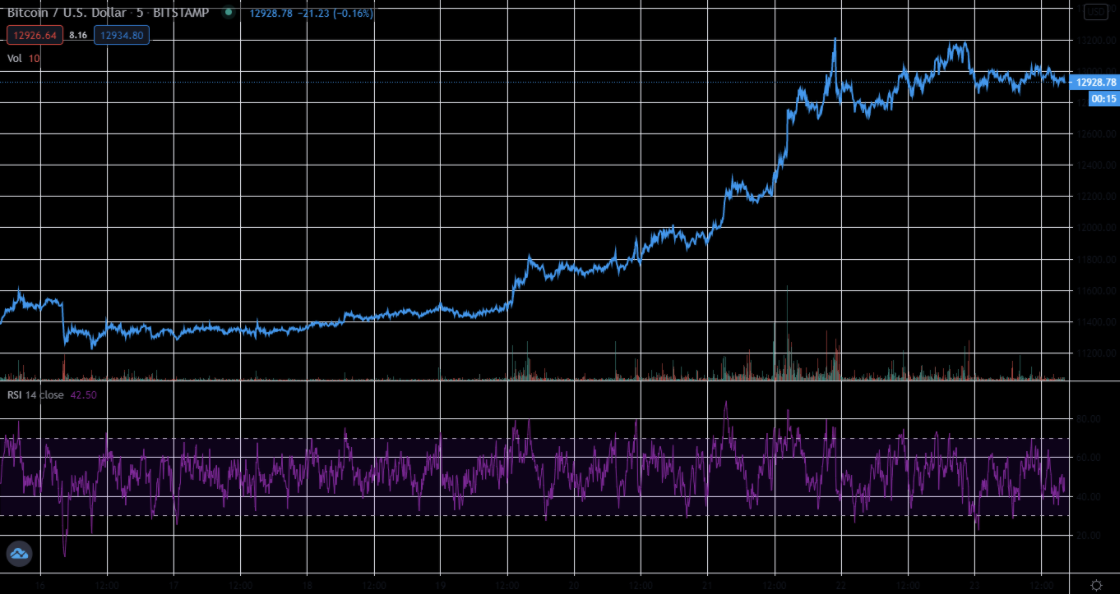 Some “interesting” news related to mining came out this week when a former Russian gulag was announced to be reopening as a Bitcoin mining operation.

The former gulag is one of the northernmost settlements in the entire world and is located in the permafrost. The idea is that remote areas like this make for the perfect mining rig locations because of the cheap hydro and low competition over local electricity.

We can expect to see this trend continue as time goes on, probably picking up in other countries like Canada or maybe even some Scandavian countries. One such example is the recent announcement that Marathon Patent Group has signed a deal to mine Bitcoin in Montana.

In this arrangement, Marathon has arranged for extremely cheap electricity ($0.026 per kilowatt-hour) with Beowolf Energy. This deal was formed as part of a novel agreement where Beowolf will get some equity in Marathon. We can see more of these deals coming in the future, likely with municipalities taking some equity stake as well.

On October 17th, the Bitcoin network difficulty hit a new high (yet again). Up about 40% since June, this is both a good thing and a bad thing.

It’s a good thing because the strength of the network is continually increasing and that increases the overall participant faith in it. 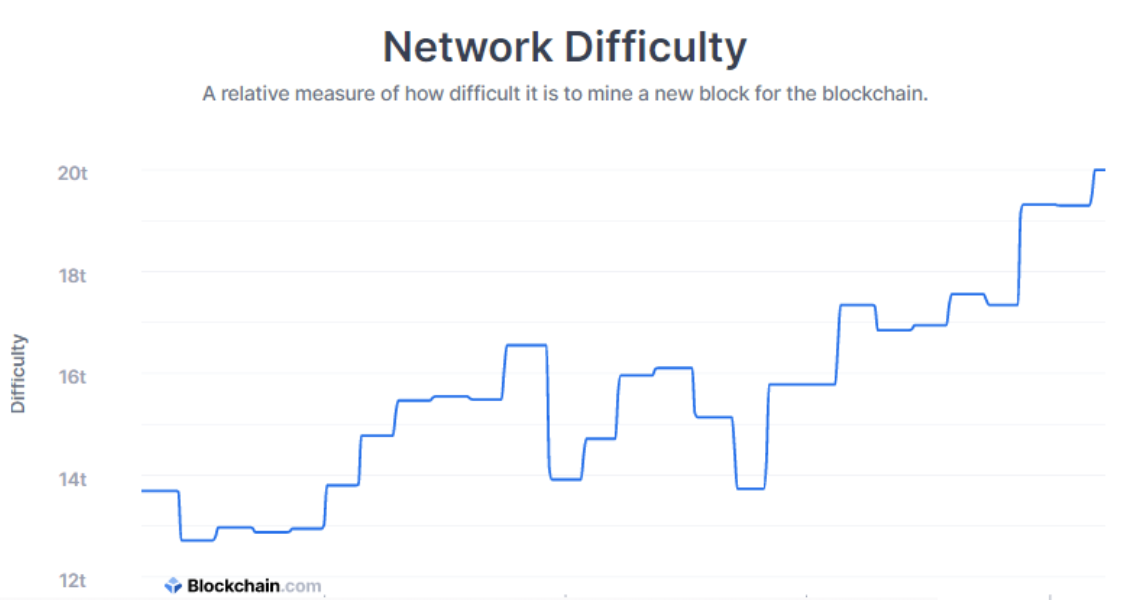 But it’s also a bad thing because it is hurting mining profitability. Along with several other moves, like the recent announcement that Marathon Patent Group would be mining Bitcoin in Montana, the mining industry is getting more competitive.

And with more competition comes more losers. The rapid rate of new types of ASIC miners is assisting with this trend and creating more of an oligopolistic structure in the economy.

Although we’re excited about the PayPal news, we think it’s extremely important to discuss the shortcomings of this arrangement.

The first thing that needs to be pointed out is that much like many exchanges, PayPal will retain control of the cryptocurrency on its platform. This takes away its status as “real” crypto right away, but it gets worse.

Also, the Bitcoin that can be used on PayPal must have actually been bought on PayPal, at least in the beginning. And the cryptocurrency cannot actually be transferred to other accounts on PayPal. So it’s really more of a savings account.

Of course, part of these setbacks come from regulations set by the New York Department of Financial Services. They will have PayPal under intense scrutiny and we can expect to see a lot of strict regulations in the beginning.

For anyone that has ever used PayPal, it is the epitome of centralized. There are numerous complaints about unilateral decisions and the freezing of accounts. And that doesn’t say anything about their aggressive fee structure and how it compares to other exchanges.

So as excited as we are about this announcement, it is more of a stepping stone to mainstream adoption than an actual good thing for Bitcoin.

We think this is one of the most exciting times to be alive, and the developments we’re going to see in the next few months will likely lay the groundwork for the modern economy. Look out for new columns and focus in the next few digests as we try to cover everything big going on.

PrevPreviousCorporations Convert Cash for Crypto: Broker’s Beat Volume #14
NextWet Season is Over for China: Broker’s Beat Volume #16Next
We use cookies on our website to give you the most relevant experience by remembering your preferences and repeat visits. By clicking “Accept All”, you consent to the use of ALL the cookies. However, you may visit "Cookie Settings" to provide a controlled consent.
Cookie SettingsAccept All
Manage consent